Considered one of the most popular treks and visited by tourists especially by those lovers of the altiplano as it offers a view of glaciers, mountains and lagoons, where mules are used for the changes of camp and the routes are of low difficulty. With steps varying from 4000m to 5000m this trekking is recommended for those who need acclimatization before ascending 6000m.
Schedule

Departure from La Paz at 7.00 am, we drive approximately 3 hours, leaving the city of El Alto until we reach the town of Palcoco, where we detour to the Condoriri Valley until reaching Rinconada (4400 m / 14,435 ft) from where we started the trek. After an hour of treking, we arrive at Laguna Chiarkhota (4600 m / 15.091 ft) (Base Camp of Condoriri) and from there we begin the ascent until we reach a step of (5100 m / 16.732 ft) where we will have a spectacular view of the Ventanani Valley and part of the Condoriri, we make a change of slope and then reach the summit of the Pico Austria (5300m / 17.388 ft). The ascension lasts approximately 3 hours from the Chiarkhota Lagoon and return 1 hour to Laguna Chiarkhota where we spend the first night.

We start the trek after breakfast to Maria Llocko. During the trekking we will have two steps, the first of 5000 m and the second of 4900 m, in the route we will be able to appreciate fauna and typical vegetation of the high altiplano, also we will be able to observe great glaciers , after around 7 hours of treking we will arrive to our second camp Maria Llocko (4700 m / 15,419 ft) where we will spend the second night.

After having slept at the slopes of the west side of the Huayna Potosi we start the trek, this day we will have a step of (5100 m / 16.732 ft) before changing the valley, the trek will last approximately 3 hours until the Base Camp of Huayna Potosi (4750m / 15.583 ft) and then return by private transport to La Paz city. 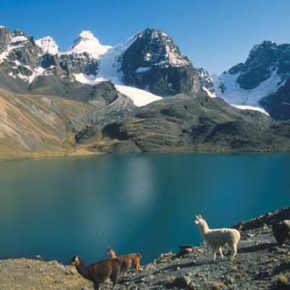 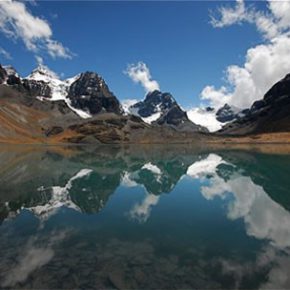 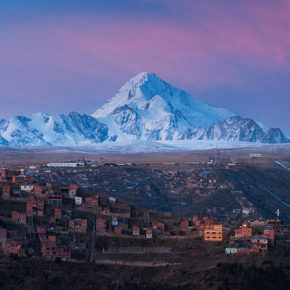 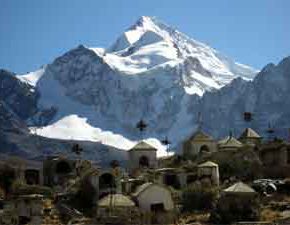 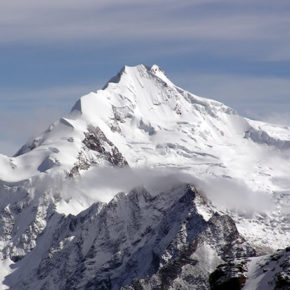